Life can feel too much for us sometimes.

And when this situation lasts for too long it can start to feel like there isn’t any point to life any longer. After all, what’s the point of living when we no longer have the time or energy to do the things that are actually important to us, that actually give our lives meaning?

When faced with such a situation, it’s very easy to give in to despair and hopelessness. And most of the advice out there doesn’t help.

Because most of the advice out there falls into 2 broad categories: either 1) quit or 2) suck it up / force your way through.

The problem is that, in a great many situations, neither of these solutions is realistic.

Overwhelm refers to any situation where we feel like we have to handle more than we are actually able to; we feel stretched beyond capacity, and not in a good way.

But the thing is, any healthy human being seeks to grow and thrive. We have a natural tendency to seek to do more, take on new challenges, and achieve more. This is the foundation of all human progress.

As a result, this tendency will always sooner or later bring us to a point where what we are trying to accomplish is simply beyond our abilities.

The psychologist Mihaly Csikszentmihalyi (building on the ideas of Carl Jung) has defined this state as psychic entropy: the frustration of seeing more to do than you can actually accomplish, while feeling that you could accomplish more if conditions allowed it.

But to deal with such a situation, we’re not going to use Csikszentmihalyi’s work. Instead, we’re going to draw on the work of another psychologist: K. Anders Ericsson.

Slowing Down to Go Faster

Ericsson is famous for his concept of deliberate practice, which is all about how people get better at the things they do. His research was eventually popularized (in a somewhat oversimplified form) by Malcolm Gladwell as the so-called “10,000 hour rule”.

I’m not going to discuss the details of deliberate practice today. What’s useful to us, however, is something Ericsson learned from one of his early research experiments.

Basically, Ericsson was examining the human ability to remember strings of unrelated digits (like telephone numbers). He wanted to know if there was an upper limit to how many random numbers a human being might be able to remember and recall in the correct sequence.

His method was simple: give random digits to a research subject (a student) at the rate of one per second, and see how many the student was able to recall in total.

He ended up inadvertently getting his research subject to break the world record for the total number of digits a human being could recall correctly.

This is what Ericsson learned: if the student was consistently having trouble recalling more than a certain number of digits at a time (at the rate of one digit per second), all he had to do was to slow down the rate at which the numbers were presented.

So long as the student was able to come up with new ways to process the additional numbers, he would be able to break through the plateau.

In other words: as long as you are able to find new and more effective ways to perform a task, the point where progress is possible is the point where the task is doable but slightly outside your comfort zone.

Why Most Advice Isn’t Useful, and What You Can Do Instead

As I mentioned earlier, most advice tells you to either 1) quit or 2) force your way through.

But based on Ericsson’s research, forcing your way through will not help if you are at a point where things have become unmanageable (i.e. you are overwhelmed).

Quitting is also an unnecessarily drastic solution. You don’t actually need to go all the way back down to zero. That’s counterproductive.

Instead, you have to find a way to decrease the total number and intensity of your commitments to a point where you can handle them.

You alone know what that level realistically is. Bear in mind that it doesn’t need to be comfortable, just doable.

Once you’ve found your level, stay there for a while. Keep trying to find new and better ways to get everything sorted out.

Seek the advice of an experienced mentor or teacher if you can, someone who has been where you are and has been able to go beyond it. Make sure you get specific pointers, not just generalized “advice”.

And once you can comfortably handle things, start easing back up again.

Sometimes even that can be too much.

If you need a break, scale down to a point where you can handle things comfortably, and give yourself a breather. Just don’t stay there too long, because progress happens outside your comfort zone.

Progress can be slow and frustrating, but at least there’ll be progress.

When that happens, things will be less difficult and you will be able to create more and more breathing room for yourself.

And one day — sooner than you might expect — there will be time for everything good in life again. And you will be able to meet it with greater resilience, strength, and pride.

Slow down to go faster, and carry on towards to your brighter future. 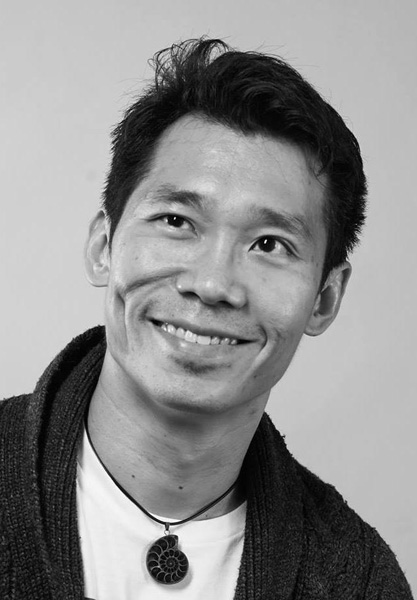